Put yourself in the Mordens in about 1851. This was a peak time for Brokets there. You would find 6 Broket households in Guilden Morden—out of a village total of 87—and at least 31 individuals—out of a village population of 468. The head of one of these households was of the older generation—William aged 59—the heads of the other 5 were aged between 28 and 37.

Both heads of households of the older generation: John, aged 64, Widower of Martha JERMIN, and his brother William, aged 59, husband of Mary BUTCHER, were in the village. John was in High St at the home of his eldest surviving daughter, Martha GENTLE, and his 3 eldest sons—John, William and Thomas—were heads of households at Little Green, Great Green, and High Street, with his youngest unmarried daughter in service at Great Green. William and Mary were at Church End, next door to 2nd son Alfred, with 3rd son John in High Street, and eldest daughter at Little Green. There were more Broket households here than ever before.

The Mordens clan spread far and wide in the 20th C, mostly to London in the early part and then further afield after the two world wars. Very few stayed in Cambridgeshire, such that by 2006 there was only one left in the Mordens.

Described as Labourer in his marriage record, and as a Farm labourer in 1891.4 Children:

Only son of Thomas and Mary IZZARD, Wilfred was born 8 Mar 1852 in Guilden Morden, bap 25 Jul 1852, Guilden Morden Chapel. He married Rebecca REAVELL 13 Mar 1877, United Presbyterian Church, Farnham Surrey, he aged 24, Bachelor, Butcher, residing Guilden Morden, father’s name mistakenly given as James, she 28, Spinster, residing Aldershot, one witness sister Agnes.18 Witness to sister Agnes’ marriage 1891. Wilfred was a leading light in the Congregational Chapel, laying a plaque on the outside wall in 1900. He died 17 Oct 1918 in Guilden Morden.19 Rebecca died 1923 Royston District, aged 7420 and was also buried in Guilden Morden cemetery. This is the couple later in late middle age:21
++++ 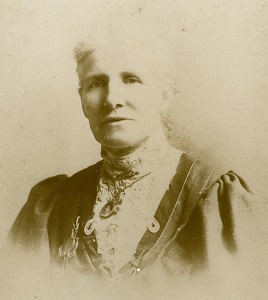 Census records for Wilfred and Rebecca and family:    Read more

[21] The images below were kindly supplied by Leslie Parrish.

[25] GRO qtr 2. The images below were kindly supplied by Howard Brockett.

[51] GRO qtr 3. The pictures below were kindly supplied by Annette King.