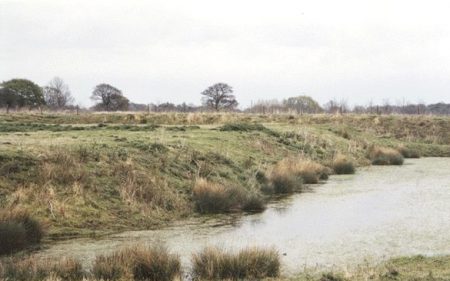 The manor house itself occupied the top left (SE) quarter of the rectangular moat enclosure in the first photo below.2 The extension to the moat west and south-west served as fish ponds. The size of the moat enclosure can be seen in relation to the neighbouring two-storied detached houses: 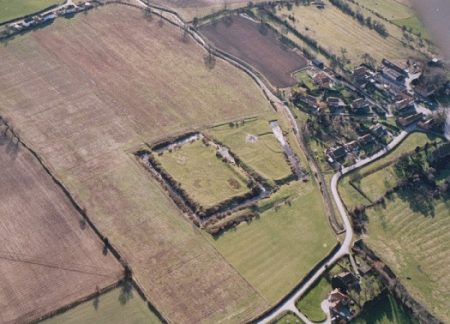 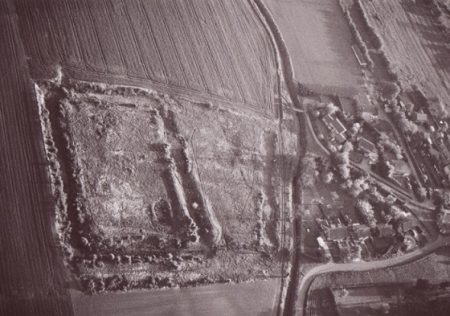 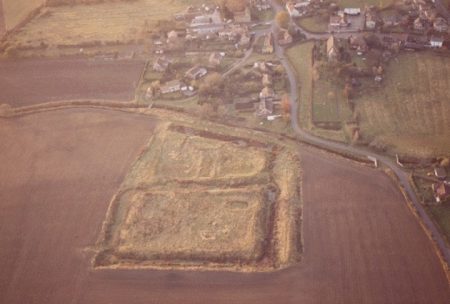 The moat may have first been dug by the Fauconbergs in the 2nd half of the 12th C when it “would no doubt have held a large timber famed house, a gate house and other buildings. It had a huge platform and was capable of housing the entire population [of Appleton] and their stock if necessary during the troubled times of the 12th and 13th century.”3

“Brockett Hall is a goodly moated site at the head of Daw Lane—of rectangular form, and divided in the centre by a deep trench and rampart, each space measuring within the inner bank about one hundred and twelve yards by sixty.”4

It was formerly called Southwood Manor5 and would have been renamed Brockethall after Thomas Broket inherited it by marriage to the heiress Dionisia Sampson. Deriving its name—and Brocket Hagg‘s—simply from the late Middle English word broket meaning a red deer in its 2nd year unconvincingly misses out this surname stage.6

Thomas appears to have rebuilt or extended it, perhaps inserting a storey into the single medieval hall open to the rafters.7 The Abbot of Selby paid him 60 ash trees c 1401 for pleading on his behalf as his attorney in the court of the Exchequer. The next entry in the Abbot’s accounts shows the same number of trees being given to a prior at York to renovate a house. In York City timber-framed houses at this time were of oak8 and the Gatehouse at Bolton Percy Church, although more recent, is oak-framed. Brocket Hall was sold by Sir John Brockett of Herts to Thomas Fairfax in 1565 and the last known occupant was his son Charles Fairfax in 1602, whereafter the buildings decayed.9

There had always been 3 manors in Appleton. The largest was Southwood, then Woolas, but there is doubt over the 3rd. Was it Nun Appleton? No records actually refer to it as a manor. Or was it Jew Leas? Edward Broket of Appleton and Wheathampstead bequeathed “the maner of Julies” to his second son Robert.

[1] This photo of the moat below is licensed under the Creative Commons Attribution-NonCommercial-ShareAlike 4.0 International License. See the Copyright page of this Broket Archive. To view a copy of this license, visit goo.gl/rTXqtM (accessed 4 Jul 2018) or send a letter to Creative Commons, PO Box 1866, Mountain View, CA 94042, USA.