In the wider Broket DNA project Marlin is in Genetic Group 3.1 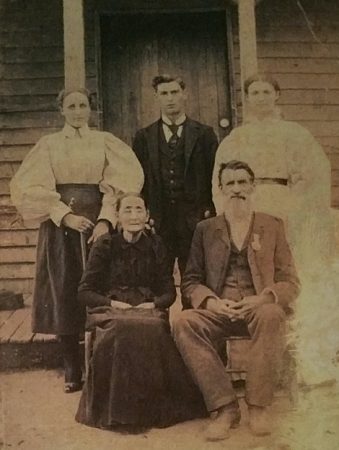 Here is Claude later in life:6 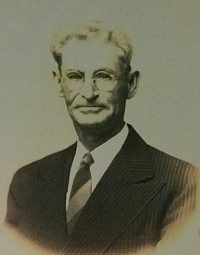 A descendant of Claude’s older brother Harvey Henderson also participated in the DNA project, and details of their parents Marlin Luther and Tabitha, and Marlin’s ancestry is presented on the separate page.

Many of these Brocketts had large families. Marlin and Tabitha had 14 children,7 and a cousin of theirs Cyrus (1849-1925) of Denton, Texas (2nd son of Berlin Bonaparte Brockett, son of Elisha) and his wife Margaret had 10, many of whom are in this image taken in 1914, some with spouses and children of their own:8 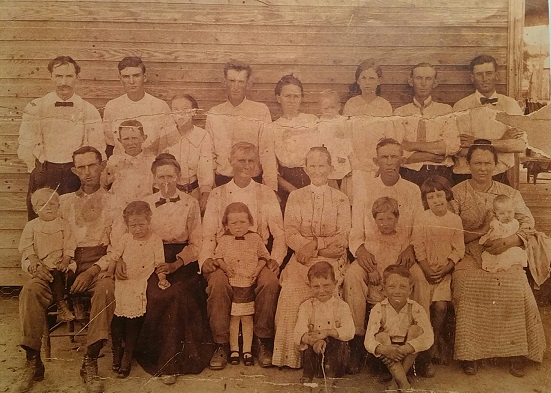 2. Some analysis of Marlin’s Y-DNA results

[1] Many thanks to Stacey Hager for kindly supplying information on this family.

[5] Many thanks to Vi Poland for the image. It was damaged but has been restored apart from the right hand edge.

[6] Many thanks to Vi Poland for the image.

[8] According to Poland 1996 vol 2 p 51, where she provided names for all those in the photo. Many thanks again to her for the image, which she received from Bobby Gene Davidson.