Time Line of Southern US Brocketts
by Richard W Nash 2005

This Time Line is an invaluable guide for further research. It’s the product of 3 decades of investigation into records of southeastern US Brocketts by the late Richard Nash of Kansas. Professor Clyde Brockett of Norfolk VA collaborated with him and also discovered early documents. Richard’s widow generously donated his papers, photocopies and correspondence to the Broket Archive for posterity. Among them is this Time Line, which has not been published until now (Apr 2018). Nash’s book, published 2000, and written in a vivid narrative style, mentions only a few of the events and people listed in this Time Line.

Y-DNA evidence has since shown that one of Nash’s conclusions was incorrect so a few of his assumptions based on that in this Time Line are too. Nevertheless, without his good work gathering together the records available at the time—so much harder in the days before the internet—and his insightful attempts to fit them together, many would still be undiscovered or unconnected. Above all, his and Clyde’s evidence-based approach to research is an admirable example to follow, and were they still working today they would undoubtedly readily abandon any assumptions that don’t tally with new evidence.

His Time Line is presented here unedited, last updated by him in Feb 2005. Discussion of it can be found under the names of the individuals on other pages in this website, and also in the section below the Time Line here on this page entitled Discussion. 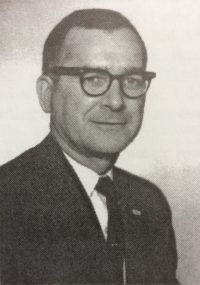 For the last paragraph see the separate page.

It is only right and proper to reproduce the Time Line unedited, however the first 4 dates require a caveat:

While the 1668 record of a William Brockett sailing from England to VA to serve 4 yrs as an indentured servant is recorded fact, the 3 estimated dates assumed that he was the William who signed the deed in Norfolk VA in 1702. This is possible but it is speculation, for which there is no evidence other than Nash’s own intuition, and is discussed on the separate page.

“A William Brockett made his way to the Virginia Colony between 1638 and 1668. In 1702 a William Brockett died in Norfolk County, Virginia, leaving his wife, Mary. Francis Brockett, possible son of William, died in Princess Anne County, Virginia, in 1712. He had married Rebecca Cornwell, daughter of Joshua of Norfolk (later Princess Anne) County. We are convinced that those Brocketts, as well as the later ones in adjacent Pasquotank Co, North Carolina, are all related and are all a part of our Brockett family. It is much regretted that several Brockett heads of families died young without leaving wills, making it extremely difficult to link generations together.”

However, Y-DNA evidence has since shown that Benjamin, d 1758, was of the same stock as descendants of John Brockett of New Haven (d 1690), and in 2020 documentary evidence was found that Benjamin removed from New Haven Co to NC, see the separate page.

[1] p 32. His sources were listed on p 117, but without without being tied to individual points in his narrative.